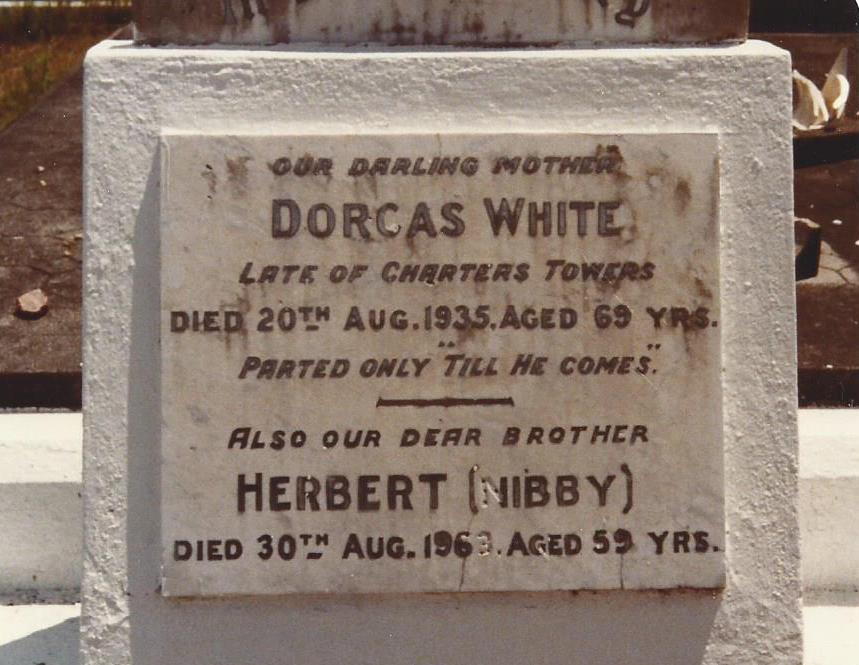 This week’s topic is tombstones and I think we all get excited if we discover a tombstone sitting over an ancestor’s grave. But like all genealogical records we should check the information against other documents. There can be errors in dates, spelling of names and just because someone is on the tombstone, does this mean they are buried there? 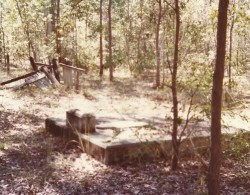 Burial records, funeral directors records and death certificates can all confirm what is engraved on a tombstone. We should get into the habit of checking all of these resources for deaths as there may be new or slightly different information on each.

My GGG grandparents John and Helen Carnegie have the only surviving tombstone in the Toorbul cemetery and it has made them slightly famous. A number of people have taken a photo of the tombstone and put it up online, easily found by Google or through cemetery portals such as Interment.net and Australian Cemeteries. I also found that it had been added to Find A Grave by a descendant of my GG Grandmother’s second husband’s family.

Of course I am the only one with a photo of the grave and some of the other graves before a bushfire went through and before the cemetery was rediscovered and turned into a heritage cemetery by the local council. I was lucky that the local historian back in the late 1970s knew where it was located in bushland and he kindly took me there. Now it is nicely mown and a bit easier to find, but not visible from the road. 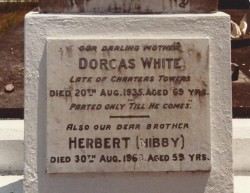 But for the most part my families do not have tombstones or if they do, it is only basic information.  Sometimes there may be a clue as to where they lived before. My GG grandmother Dorcas White was born in Moonta, South Australia in 1866 and travelled to Copperfield, Queensland with her family as a young child. From there they moved to Charters Towers where she spent most of her life. Shortly before her death she moved to Brisbane to live with one of her daughters. This move is reflected on her tombstone.

Another aspect of my family history that I like to focus on is the unmarried siblings because they have no descendants to tell their stories. My mother’s uncle Herbert White never married but he is remembered on the tombstone he shares with his mother Dorcas. It also captures his nickname which could have been lost to the family history if there was no one left to remember it.

For all my Australian graves, I have travelled to the cemeteries and taken photographs where there is a tombstone. It has been a grea 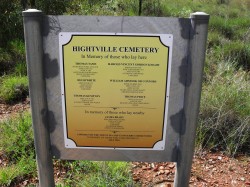 t way to see a lot of Australia combining my ‘need’ to see where my ancestors lived and died. But we can’t always do that. My GG grandfather Thomas Price died in Hightville, a completely remote mining area south of Cloncurry which is not all that accessible today. I was fortunate that someone in that area offered to take photos for me although I still hope to do another far western/northern Queensland trip some day.

I have also offered to pay people to take photos of graves for me in the UK. I am finally visiting Wiltshire in July 2015, but many years ago I had this photograph of my GG grandparents Robert and Emma White sent to me. I knew which churchyard from an old letter and there were descriptions on where the grave was located.

Lots of reasons to look for tombstones and remember to confirm the details using other documents too. Have you discovered all your family tombstones? Are there more clues out there? I have seen amazing details on some tombstones,  you could be lucky too.