School Records: Week 26 in 52 Weeks of Genealogical Research in 2015

The 52 different types of genealogical records I finally decided on are listed in no particular order (each week will be a random surprise). Originally I planned to do this over 52 weeks in 2014 but soon realised that I have to factor in travel and illness (mostly my mother’s) so it is continuing into 2015 from Week 26.

I love school records for a number of reasons. You can look for school admission or pupil registers and find out when ancestors went to school and where. If you have teachers in the family you can find out lots of biographical and career information on them. Finally when a new school was being established, the Education Department often did a survey of families to see which children might attend the school if it was established.

The Queensland Family History Society (QFHS) have been indexing Queensland school admission registers and have published a number of indexes on CD. Some of these are also available through Findmypast.com.au. 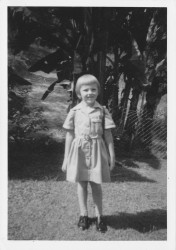 I was surprised to find myself listed in the index and it was not because the admission register had been indexed. The school had celebrated its 50th birthday and published a booklet Bardon Primary School 50 years: Love Laughter and Learning 1948-1998 which included lists of past pupils which had been indexed by QFHS. This discovery, a while back now, is how I came to know geneablogger Sharn White, who saw my original post and commented that she was also an old Bardon State School pupil. Small world.

I knew from family knowledge that Mum and Dad first met at Buranda State School and many years ago, I confirmed this by finding my parents listed in admission registers at the Queensland State Archives. They were in different grades and only overlapped for a year or so before Mum then went to Greenslopes State School. Strangely that is where Dad went before he started going to Buranda!

Mum doesn’t have many old photos but I am lucky enough to have a school photo of her prep year at Buranda. Mum and Dad are both mentioned in the booklet Buranda State School 1918 – 1993 : 75th Anniversary.

Information included in the registers includes date of admission, name, age, date of birth, parent’s name, occupation, address, religion and then dates the child entered each grade and when they left the school. Fantastic information and helps with people who moved around. Some of my mining families I could only track using school admission registers. Thanks to the QFHS index, I could look up the children’s names, find the name of the school and then look for evidence of the parents in the new area. It is also important to look at the original registers held at the archives, as there is more information than what is just in the index.

Lots of biographical information on teachers is available on teachers as well as records of their qualifications and what they were being paid. I only have one teacher in the family and she married my mother’s uncle Robert White. Women had to give up their teaching job on marriage but when Robert died just three years after their marriage, his widow Florence went back to teaching to support herself and her two young daughters. 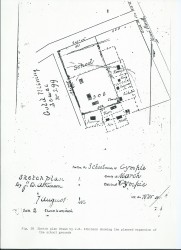 Even if your family did not have school aged children, they might still have signed a petition for a new school in the area. If there were children, then these might be listed with their ages as a reason why the school should be established. This type of information may be found in school correspondence files although mostly these files contain information on the buildings and other administrative notes. In one file I found that an ancestor had drawn up the plan for the new school and he even signed it. So while mostly not interesting for family history, these files may have something of real interest to your research and should always be looked at.

Parish maps can be useful to see what school reserves may be in an area where your ancestors were living. Look and see which school was the closest but remember to think about where the roads were and were there any natural formations that might have stopped them attending the closest school eg a river, hills or simply a lack of roads. Although don’t forget they may have traveled by horseback as well as walking.

School records definitely provide information on our families, especially the children who we may not have any other records for apart from their births. The records also place families in communities and we can see who lived nearby and also attended that school. Education records for state schools are usually held by the relevant state archives and there may be a brief guide or fact sheet which will list the most popular or accessible series. Not all records are indexed but it is definitely worth looking for school records if you have not used them before. Good luck.