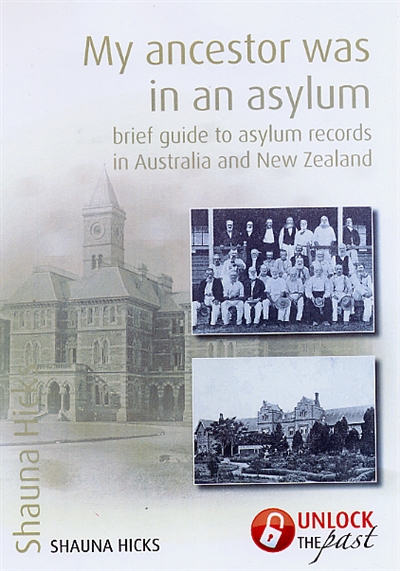 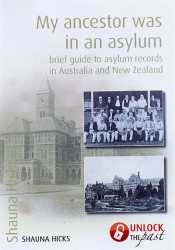 week’s topic is one that I personally relate too as so many of my ancestors were in asylums for various reasons. In fact one of my genealogy research guides is My Ancestor was in an asylum: brief guide to asylum records in Australia and New Zealand available for sale from Gould Genealogy & History.

There were many kinds of asylums apart from mental asylums including benevolent, children’s, sick, destitute and infirm asylums. Even those in a mental asylum may not have been suffering a mental illness, they may have simply been old, frail or sick with no other place to go.

If you have ancestors in Victoria, Public Record Office Victoria have digitised many of their asylum records and these are free to view online. There is no overall index so it helps if you have an idea of place. One of my son’s ancestors Henry Bullen died in the Ararat asylum in 1873.

On 7 November 1871 Henry aged just 57 years old, was admitted to the Ararat Asylum where he was diagnosed as suffering from dementia which had been in existence for about one year.  On admission the doctors reported Henry in “tolerably good bodily health” but his memory was very bad and he appeared very stupid.  By 1 February 1872 his bodily health had deteriorated with no improvement in his mental health. He was sent home a few times during 1872 but readmitted for the final time on 28 August 1872 when he was said to be suffering a form of insanity known as religious persuasion and dementia and considered destructive, subject to delusions. 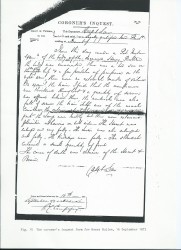 By 12 November 1872 there were symptoms of general paralysis and Henry died the following year on 15 September 1873 just before his 59th birthday. As he died in an institution there was an inquest with additional information. The post mortem gave the cause of death as “disease of heart and brain”. The report gives further details including that the membranes in the brain had thickened and serum effused between them into the ventricles; arteries at base of brain partially ossified; his lungs were healthy but with old pleuritic adhesions on both sides; his heart and liver were both enlarged and fatty; and finally he had bed sores on each hip.

After Henry Bullen died his family moved to Gympie in Queensland, had he lived longer they might have stayed on in Victoria. We never know where our research will take us so make sure you follow all clues. The Bullen family history is part of my Society of Australian Genealogists‘ thesis From Iron Bars to Gold Chains: the story of the Walker family and its descendants including the Evans, Potter, Bullen and Atkinson families which is on the Resources page of my website.

From Henry’s asylum record, you can see that if someone was in an asylum you can find fantastic information about their illness and treatment as well as good biological information which is noted at the time of admission, usually given by a member of the family. Some records even have a photograph of the person.

Asylum records are mostly held by the State Archives and there may be a handy guide to the records held.  Check whatever state you are interested in and read the guide for any hints before starting your research. There is usually a closed access period of 100 years although it varies from State to State.

I am currently waiting for my great great grandfather’s Woogaroo asylum records in Brisbane to enter the open period later this decade. John Finn spent some time there, a fact I know from newspapers  and he also spent time at Dunwich asylum. I was lucky with the latter records as they were open with 30 years access when I got my copy, but are now closed with 100 years access.

Women with what we now know as post natal depression often feature in asylum records. If you have anyone who disappeared, or was missing for a few years or simply grew old and frail with no one to look after them, then take a look at asylum records. They might help to fill in some gaps in your research and help to understand your ancestors and their families.