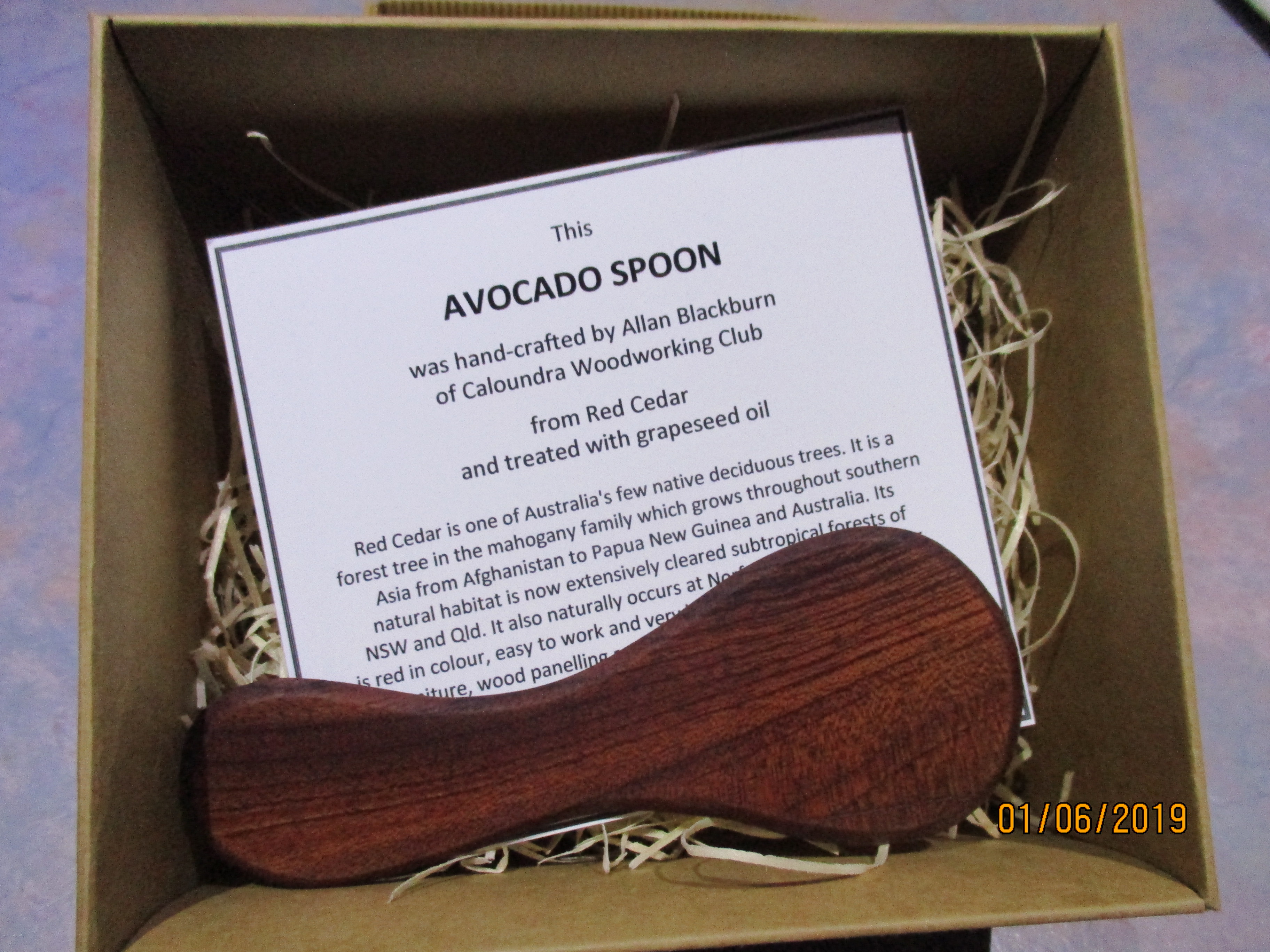 After two years of waiting and planning, the 3rd biannual History Queensland family and local history conference is over. Waves in Time was a wonderful conference thanks to the extensive planning by Caloundra Family History Research and History Queensland. The venue was great, catering amazing, tasty and plentiful, speakers interesting and lots of tempting exhibitors to pass the time in between. Plus we got to catch up with old geneabuddies and make new ones. I even won a raffle prize (bottle of wine) and technology only failed once but more about that later. It was three days of full on family and local history so this blog post is in two parts.

I arrived Thursday afternoon and settled into my motel as I didn’t want to trust the highway traffic on a Friday morning. Plus I was first speaker at 9.30am so better to arrive relaxed then frazzled by the rush to get there.

When I arrived on Friday morning an hour before the door opened, I was lucky to get one of the last car parks closest to the venue and was surprised to see lots of people already milling around the front. A free public family history fair before the conference is a wonderful initiative and certainly was popular with the locals. I know some even drove up from Bribie for the day.

Sneaking in the exhibitors entrance, I was able to check out the stage area, make sure my talk was loaded and ready to go and make friends with the tech guys. The registration desk was kept busy and I collected my name tag and conference satchel. The auditorium was huge with lots of seats which quickly filled as 9.30am approached. There were five free talks in the morning and three paid sessions in the afternoon. 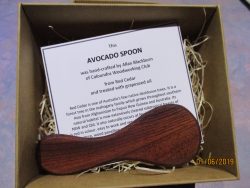 My talk was on  Tips & Tricks for Beginners and I answered quite a few questions after the session and over the next two days. The presentation is on the Resources page of my website, scroll down to Presentations. The conference committee chose a uniquely Queensland gift for all speakers.

Paul Parton from FamilySearch was next and there is always something new to learn about the FamilySearch website and resources. Paul highlighted how to use the catalogue, not just the search option as there is so much more held that is not yet indexed or digitised and you can find it by using the catalogue.

Next was John Graham from the Ryerson Index and even though I use this index on a regular basis, John pointed out new features which I had failed to notice. We seem to get into a routine with our searches, so next time you are on a site check out what’s new!

The same was true for Shannon Sutton from the National Library of Australia who spoke about Trove. I don’t think that a day goes by that I don’t use Trove but I still picked up some search hints from Shannon. Plus new content is added from time to time.

The final free session was Jason Reeve from Ancestry talking about DNA and their new features to make DNA matches more simple. Again I picked up new insights and my to do list when I got home just got bigger and bigger as the days progressed.

The three sessions in the afternoon were on writing memoirs and biographies with Dan Kelly and I had previously attended two similar talks he has given so I skipped that, Helen Smith was next talking about DNA and genealogy and we are fortunate here in Queensland to have lots of opportunity to hear Helen and the final speaker was Milli Kafcaloudis talking about using Google for a range of family history tasks. All the paid sessions were well attended and in hindsight I probably should have gone. But Milli is at Nambour, so the opportunity to hear her Google talk may arise again.

Why didn’t I go to the afternoon sessions? I wanted time to wander around all the exhibitors and check out all the tempting new and secondhand books, interesting displays and chat to stall holders. There were 28 exhibitors so it was not a quick walk around. The FIBIS (Families in British India Society) people gave me some tips to follow up on a possible Scottish connection to the Battle of Lucknow, chatting to the ladies from the Longreach Archival and Historical Research Group made me realise that the last time I was in Longreach was 1991 when I took my son up the Matilda Highway on the dinosaur trail. It’s changed a lot since then so another trip for the Bucket List.

Picked up a great secondhand book from the Gold Coast Family History Society – Dorothy A Grimes’ Like Dew Before the Sun: Life and Language in Northamptonshire. I have a number of Northants families so this will be really useful. There is a fantastic glossary and it makes me sad that I didn’t know my great grandmother Elizabeth Pollard, later Price from Northampton. Did she really call her handkerchief a daffle? Or a friend or workmate a butty? It’s almost like another language.

One thing that has been on my Must Do list since I moved here, is visit Bankfoot House in the Sunshine Coast hinterland. It was good to see that they had a stall and were telling people about the local history of the area. I am now doubly resolved to see Bankfoot House by Christmas! 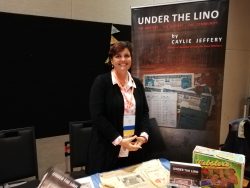 I was also excited to meet author Caylie Jeffery from Under the Lino fame. I only finished reading her book a week or so ago, and to see the actual bank books and money that she found ‘under the lino’ was really good. The book is the story of how she researched the house, family and neighbourhood to try and explain why those items were hidden. So many people have similar stories of items found while renovating.

After the exhibition area closed for the day, the welcome function was held with some of the best canapes I have ever tasted. And there was plenty and I don’t think anyone went hungry. The wines were nice and the company was great. Boolarong Press launched Dr Lynne Hume’s Strumpets of the Worst Kind and David Swift from the National Archives of Australia spoke about their wonderful digitisation trial with researchers doing their own digitising. This is a fantastic initiative and a way that we can also help the archives.

So a very full day of talks, networking, making friends, spending a little money and eating too many canapes at the end. I had no trouble sleeping in a strange motel with a strange pillow. Saturday was the first day of the conference but that is another blog post. Stay tuned.