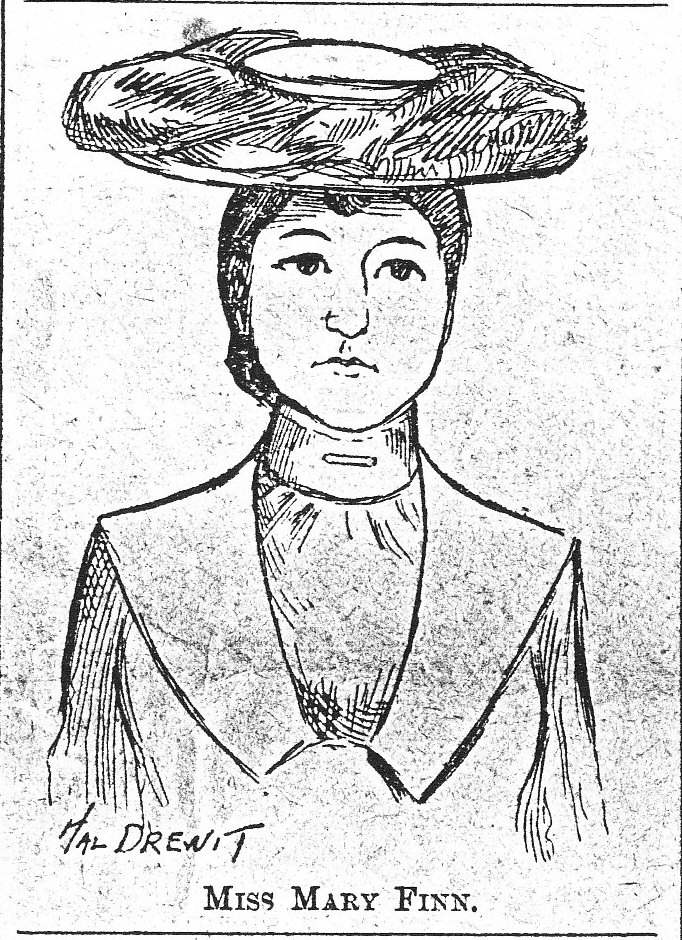 In 2022 I am participating in Amy Johnson Crow’s blog challenge 52 Ancestors in 52 Weeks to keep me motivated and blog writing my family stories. During the last two years my blog posts have been few and often far between. Hopefully I will be able to keep up the pace.

In January the theme is Foundations and Week 3 is about our Favourite Photo. The hardest part of this blog challenge is deciding on which ancestor to write about. In the area of family photographs, I don’t have all that many.

This is the wedding photo of my great grandmother Mary Finn on her wedding day. She married James Carnegie on 11 July 1906 in Brisbane, Queensland, Australia. My grandmother Kathleen May Carnegie was their second daughter, and I was the first granddaughter (I think). For whatever reason, I have Mary’s wedding ring, gold band with three sapphire chips.

Mary did not have an easy early life. Her parents were John Finn and Sarah Fagan from Wicklow, Ireland. They married in Rathdrum, Wicklow and emigrated to Queensland with their son Robert in 1882 on the Mairi Bhan. Another son James Joseph Finn was born on the voyage. Their next five children including Mary were born in Queensland where John Finn had a farming selection.

Unfortunately, they lost the farm for numerous reasons (another story for another time) and the family then moved to northern New South Wales where another three children were born. Sadly, things did not go well for John Finn and he was declared bankrupt in Murwillumbah, New South Wales. The family moved back to Brisbane.

Sarah Finn had 10 children in 20 years her last child in November 1900 in Brisbane. She died 15 months later leaving her husband John with nine children ranging in age from 20 to the youngest just one year old. Mary, my great grandmother was only 15 years old, and it fell to her and her older sister Rose Anna aged 17 years to look after the younger children. The two oldest boys worked to provide for their siblings.

John Finn, their father, in another bit of bad luck, was charged with arson in 1903 (yes another story for later). He was gaoled which left his family homeless and the youngest was still only three years old. I often wonder what this time was like for Mary and her older siblings trying to keep the family together. Did their neighbours help? What other assistance was there for them at this difficult time?

Mary was a witness and her father’s trial and she provided him with an alibi. John Finn was acquitted and released from gaol. His story will be told later but the good thing about this traumatic time in the Finn family was that the trial was a big story in the newspapers. The court sketch artist captured both Mary Finn and her father John Finn. It is the only image I have of Mary before she married James Carnegie.

When I look at Mary’s face in her wedding photo, I can’t help but think of those hard years on the Nambour farm, moving around northern New South Wales trying to find a place to settle, the early death of her mother and her father being gaoled for alleged arson. Even attending the trial would have been stressful along with looking after her younger siblings. Yet Mary looks so serene and beautiful on her wedding day. Her life with James Carnegie was much better and they had eight children. Mary died aged 77 years in 1963. I must have met her on occasion, but I have no real memories and there are no photos of us together. Another reason why I treasure this wedding photo and wear her wedding ring.