This week’s challenge was Branching Out – Landed and I struggled with who to write about. Those ancestors with land had previously been written about so I needed something different. Why not a look at one of my Irish ancestors who was a farmer?

Robert Fagan/Fegan is my earliest known Irish ancestor on that line. I believe he was baptised in 1799 in Rathdrum, Wicklow and his parents were Henry Feagan (note another spelling variant) and Catherine (surname unknown). A nice little brick wall for further research one day.

What is known is that Robert Fagan married in November 1860 to Sarah Cane (again many variants) in Wicklow, County Wicklow, Ireland. Sarah was born about 1820 and Robert was about 20 years her senior. They had two known daughters, Sarah born 1861 in Glasnarget, Wicklow and Mary born 1863.

I am still wondering if Robert Fagan had been married before but that’s another question on my list of Irish things to follow up.

Briefly Sarah Fegan married John Finn and they emigrated to Queensland in 1878. More later but they were the parents of Mary Finn see Week 3.

Sarah’s sister Mary stayed in Ireland, and we will learn more about her shortly.

Griffiths Valuation reported in 1852 that Robert held the townland of Glasnarget South, Parish Kilcommon, County Wicklow. He had five acres of light arable land and the tithe payable was 4s 11d per annum.

With Irish research it is important to know where a place is. The snippet below is Glasnarget South and its proximity to the town of Rathdrum via Townlands of Ireland. 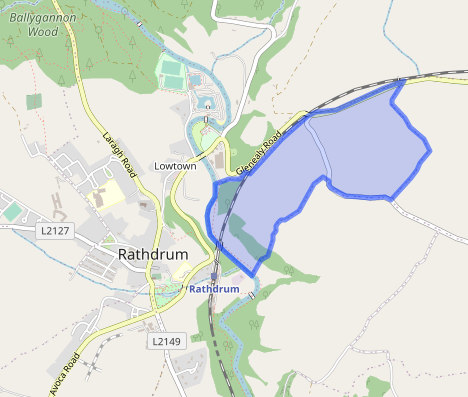 In 1854 in the townland of Glasnarget South, parish of Kilcommon, Robert Fagan held a house, out offices and 9 1/2 acres under Earl Fitzwilliam. The house was valued at £1 5s while the land was worth £6 5s. The total valuation of his holdings was £7 10s.

Robert died on 8 January 1878 in Glasnarget, County Wicklow. Cause of death was given as asthma which he had suffered for two years. The death was uncertified with no medical attendant present. The informant was John McGrenor (?) signed with a X, who was present at death. His relationship, if any, to Robert Fagan was not given.

A death notice in Freeman’s Journal on 10 January 1878 reported that Robert Fegan died on 8 January at his residence, Glassenarget (sic) aged 78 years. There was a note that American papers should copy. This indicated that some of his family probably went to America unless they were confused with Australia.

At the time of the 1901 census Sarah Fegan lived on the family farm with her daughter Mary and son in law Patrick McCormack and their son Peter.

Sarah Fegan died in 1904 in Glasnarget, Wicklow. Cause of death was senile decay and cardiac failure. Present at her death was Patrick McCormack, her son in law. Sarah’s last will and testament left all her assets, with a value of £220 5s to Patrick.

The snippet below is an aerial view of Rathdrum in the bottom left corner via Google. Glasnarget South still appears as it might have done when Robert Fegan and his family lived there.

The 1911 Irish census revealed that Patrick and Mary McCormack still lived on the Glasnarget farm with their five children: Peter, Robert, Mary Catherine, Sarah Anne and Mary Ellen McCormack. All the children were born at Glasnarget.

Robert Fagan’s grandchildren grew up on his small family farm. I haven’t followed up what happened to the family farm following Patrick McCormack’s death in 1918 and his wife Mary in 1943. Wouldn’t it be nice if I could track down some of those McCormack cousins? Yet another task on my Irish to do list. 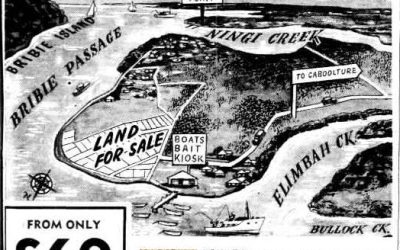 I am currently participating in the genealogy blog challenge 52 Ancestors in 52 Weeks set by Amy Johnson Crow. You can see the earlier weeks under the My Blog option on my website. The Week 6 topic left me a bit stumped for inspiration. I ended up thinking of John...