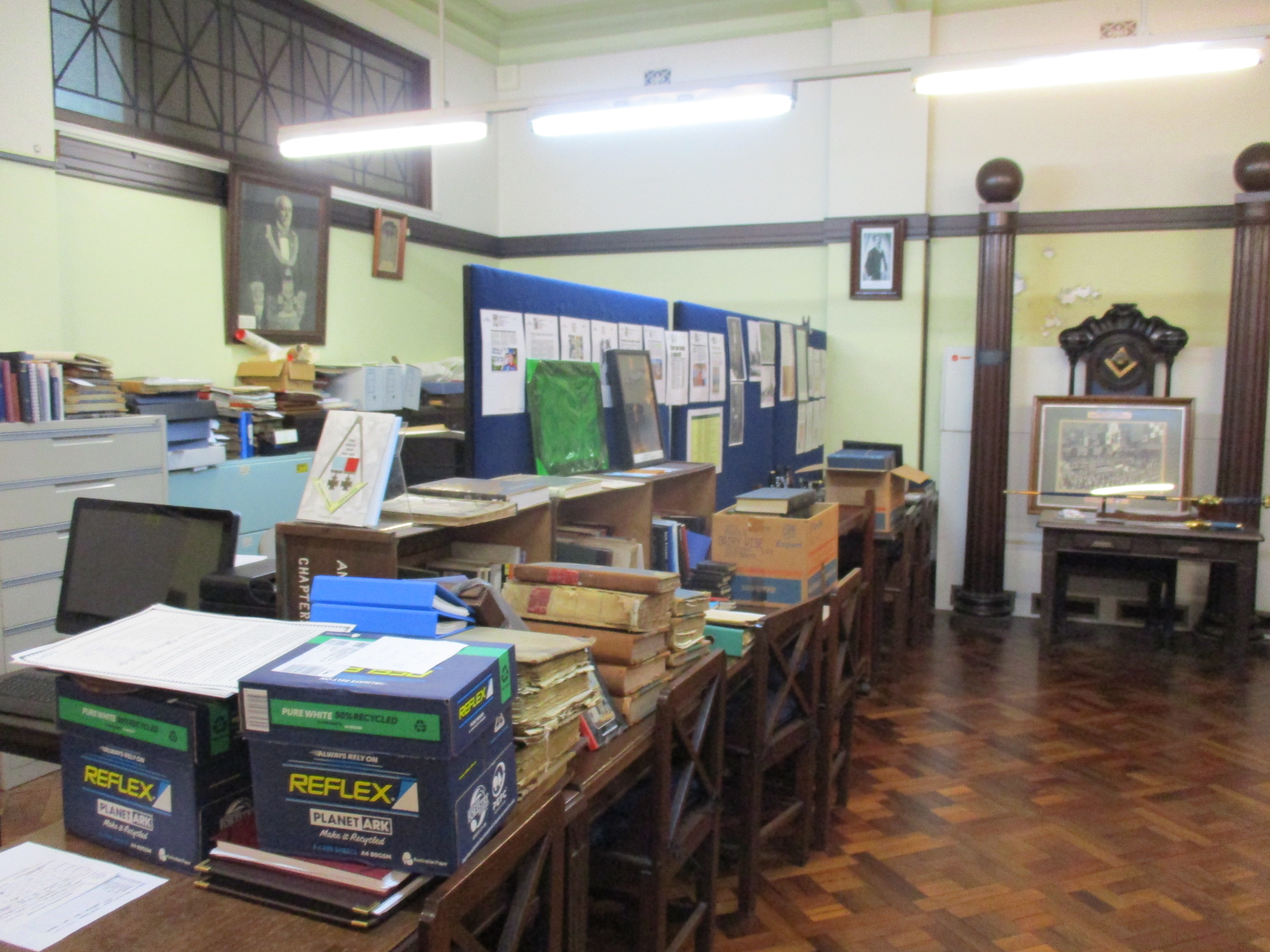 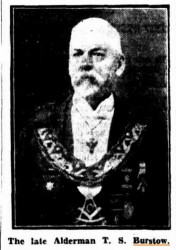 As a young child I was aware that my aunt’s husband was a Mason although I wasn’t too sure what the Masons were all about. My partner’s great grandfather Thomas Stephen Burstow was very high up in the Masons (discovered through digitised newspapers in Trove). So there has been this lurking interest in the Masons and when a long time friend and former work colleague told me she was the voluntary archivist at the Masonic Memorial Centre in Brisbane I became more interested in what records might be available. The offer to visit and have a look was too good to turn down.

I always like to know a little about a place before I visit and the article in Wikipedia – Masonic Temple Brisbane gives a brief history of the building. Not surprisingly it was listed in the Queensland Heritage Register in 1992.

As an archivist it always dismays me to see boxes and boxes of records and there is no idea of what is in them. This is fairly typical for all non government archives as organisations often do not have the funds to employ an archivist and often records are just sent in to the ‘head office’. Inevitably the records end up in the basement, literally. But it is good to see my friend volunteering her time to bring some order to what is obviously a valuable collection across all formats including paper files, photographs, memorabilia and clothing. 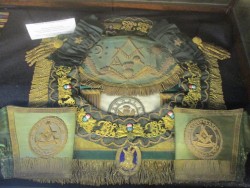 It is also good to see that the Centre conducts public tours on Friday afternoons so that people can see this incredible building and the masonic treasures and memorabilia. I was totally thrilled to see Thomas Stephen Burstow’s regalia on display in the main foyer. How incredible to know that he once wore this particular item of clothing and apparently there is more about him in the Toowoomba Masonic Lodge. Burstow was also Mayor of Toowoomba at one time so obviously a very dedicated individual who cared about the community in which he lived.

Turning my thoughts to family history, what could I find out about my two known Masons. Burstow was a bit early for paper records but consulting a card index I found reference to my uncle. The card gives basic details of my uncle’s membership but it is almost written in a code that needs deciphering. This then led to a box of paper files and my uncle’s original application for membership which mostly shows who sponsored him and when. Not a lot of genealogical information but it did confirm some of those childhood memories.

There is no facility for public research but they do enquiries for a fee and in this instance I received a copy of my uncle’s file. I was also allowed to take photographs of the Burstow regalia and the meeting rooms. It was a real privilege to have this one on one guided tour but I am also thinking of going back and doing the public tour as it was almost too much to take in on one visit. I also want to read up a bit more about the history of the Masons in Queensland.

My friend has taken on an enormous task of trying to organise the Masonic archives but then most of my retired archive friends have voluntary roles in archives that interest them. Part of me is considering  to do a defined project within the Masonic archives, perhaps working with all of the framed photographs which are scattered throughout various rooms or stacked up against walls. Knowing what is there and where it is stored is vital in any archive. Once National Family History Month in August is over I will, theoretically, have some spare time. Have I found my voluntary archival cause? Time will tell. Stay tuned.