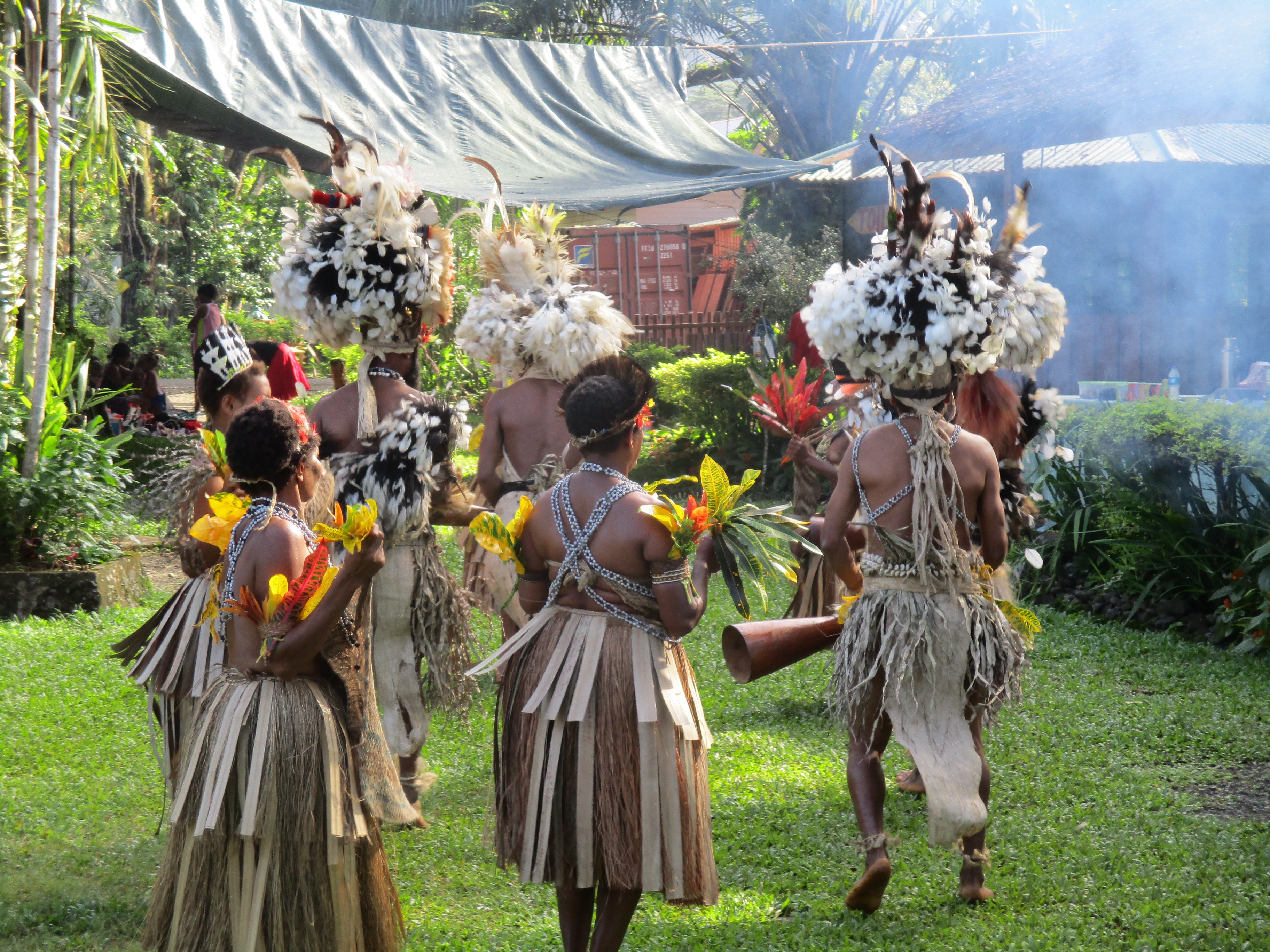 Report on Unlock the Past PNG military & genealogy cruise 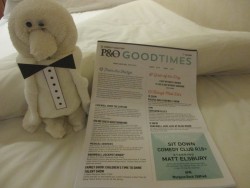 There were 4 at sea days and these had sessions running from 9am to 5pm most days plus there was at least one, sometimes more, talks from 8pm onwards. It was often a rush to fit in dinner, the cruise ship show and the after dinner talks! Who said cruise ships were relaxing, obviously not anyone on an Unlock the Past cruise who wanted to attend all the sessions.

There were about 90 of us and most sessions attracted keen audiences. Tom Lewis OAM a military historian was the keynote speaker and he gave lots of talks (1-2 talks each day) that told us about the war in the Pacific and in particular Darwin and PNG. He has written lots of books and you can probably find them in your local library or get them on inter-library loan. 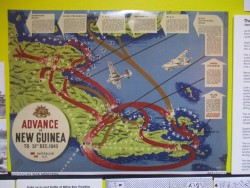 Day 1 started with Eric Kopittke (if you have German ancestors you should be following his blog) giving an overview of the German region and Rosemary Kopittke followed with a talk on land and property records in England. I followed with a talk on newspapers and e-resources (as usual my presentations are on the Resources page of my website, scroll down to Presentations). Next was Rob Hamilton with the first of two talks on Freemason’s records which I was very interested following my recent visit to the Masonic Archives in Brisbane.

In the afternoon we had Eric talking about maps & gazetteers for German research and Rosemary talking about researching expats in New Guinea. After dinner we had a Living DNA presentation and Helen Smith with which DNA test and why? A very full on day but as I don’t have German research I did skip a few sessions to explore the ship.

Day 2 started with Helen following up on her DNA talk and what do the results mean. I was next with my talk on Australasian wills and probates and then Kerry Farmer told us everything about immigration to Australia. And I do mean everything – I was amazed at how much she crammed into her session although she was speaking at the speed of light too. Most speakers will have handouts on the Unlock the Past website soonish.

In the afternoon Rosemary explained some of the technological features of MyHeritage which was interesting. It helps to match up people and families quicker than you can do personally but I wonder if that takes some of the fun out of hunting for your families and looking for connections. Perhaps I am just a Luddite. Then there was a research help zone where speakers helped individuals with their questions although most of us also answered questions at other times too. After dinner Helen gave a really interesting talk on visualising family history data using images, timelines and other tools to make your family stories of interest to others. Not just bare names, dates and places. 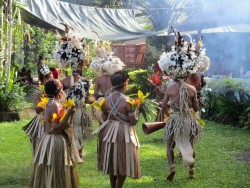 The first port of call was Alotau in Milne Bay and we went on a cultural village tour where we saw various local peoples and listened to them singing and dancing. Lots of market stalls to tempt people. We also went into the Massim Museum where we chatted to the Curator. They are celebrating the 75th anniversary of the Battle of Milne Bay in a few weeks and there is a new permanent exhibition for visitors which is free to enter.

The next stop was Kitava but unfortunately the wind/sea was too rough to safely tender everyone to shore so we had to miss this part of the trip. Next was Rabaul and this was in port so we could all safely walk off and up to the local food markets, after passing through a street lined with local handcrafts. We have a ‘no more souvenirs’ policy but Max still ended up with a shirt and I got a fridge magnet for my study filing cabinets. That night I did my military talk where I featured my Price family and also Max’s father Doug Spencer who won the Military Medal for Bravery. 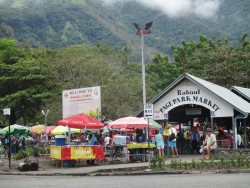 The next day was Kiriwina Island in the Tobriand Islands group and I simply couldn’t resist one of their local bowls with ebony and shell inlay. The local craftsman said it takes him about one month to make each bowl and he cuts the shell with nail clippers. The money helps keep his kids in school – such a different life than what we have. I’m glad we stopped to chat to him and his wife. Final port was in the Conflict Islands which was another tender  – it is basically a beautiful coral atoll where you can walk on the beach, swim or snorkel.

The next two days were at sea and it was back to the sessions. Helen Smith kicked off with a talk about military health in the Pacific and Rob Hamilton followed with a session on Freemasons in Changi prison. After a short break Kerry Farmer gave us another full on talk about convicts and Rosemary Kopittke spoke about Family Historian. After lunch I did a talk on Mapping Ancestors followed by the Research help zone.

On the final day Kerry gave us why you should look at local history as well as family history. Sometimes it pays to search for a place and not just a name. My final talk was on social media for genealogy followed by Janice Cooper on ancestors in their communities. Helen and Kerry hosted a DNA panel to end the day. After dinner there was another talk by Tom Lewis OAM and the sponsors prize draw and photographs.

As I said earlier my talks are on my Resources page and other speakers will be placing handouts on the Unlock the Past website soon.

P&O also had their own cruise speaker, Dr Clive Moore who gave four talks on PNG and the Pacific War and I went to a couple of them too, although it meant missing UTP sessions. I knew Clive from my days at Queensland State Archives in the 80s so a bit strange meeting up with him again on a cruise ship. Small world.

The time went quick, and I have yet another notebook of things to follow up when I get some time. Thanks also to Alan, Anthea, Rosemary and Eric who keep it all working smoothly.

I’m already looking forward to the next Unlock the Past cruise to Alaska next year and I know that some of my cruise buddies have also already booked.

Can’t wait! Why not join us?