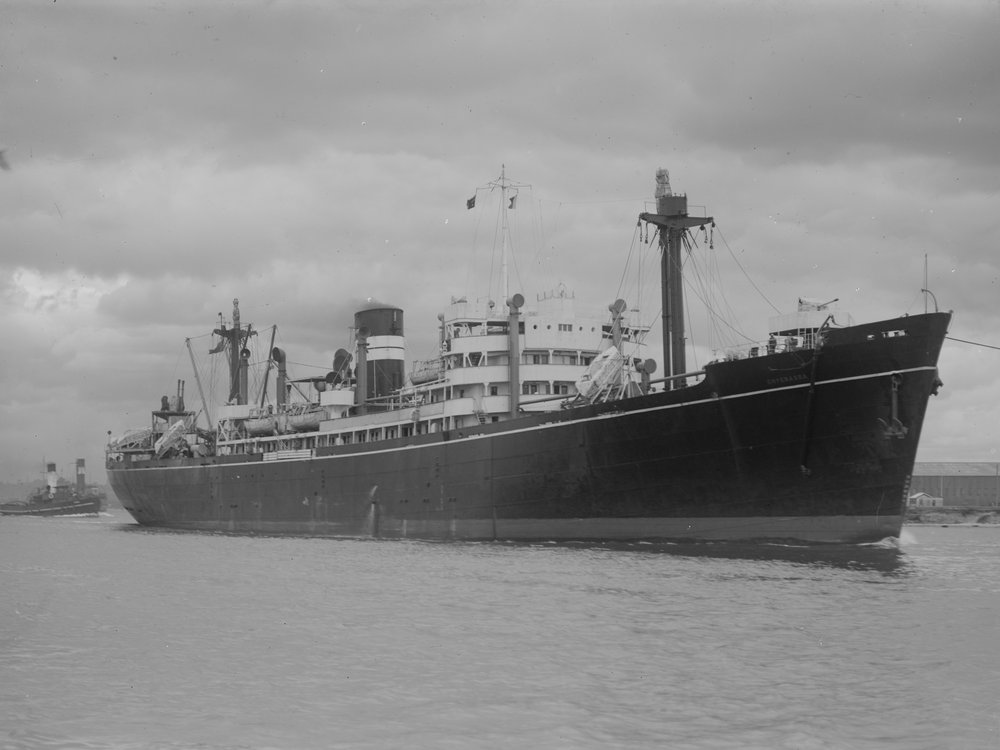 Trove Tuesday – Voyage of the Chyebassa to Queensland in 1883 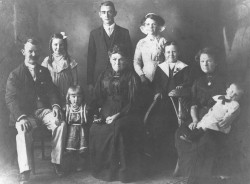 My great grandfather Herbert William White was from Farley in Wiltshire and he arrived in Townsville, Queensland on board the Chyebassa on 8 March 1883. Trove is a fantastic resource for locating information about an ancestor’s voyage to Australia. It’s not just digitised newspapers and in this blog post, I look at newspapers, books and photographs and make some interesting discoveries.

By 1883 the trip was much easier than earlier voyages and in some respects, it seems almost like a cruise with all the different ports. For example, the ship left London on 16 January, Port Said on 30 January, Aden on 7 February, Batavia on 24 February and Thursday Island on 5 March 1883. The Chyebassa experienced heavy weather in the Bay of Biscay and the Mediterranean but had a fine voyage thereafter. The general health of the passengers was good and there was only one death, a baby from convulsions.

One of my goals is to visit where my ancestors have been and in February 2017 we did a cruise up the Queensland coast and through Torres Strait to Singapore. So I know what Herbert must have seen as the Chyebassa sailed across the top end of Queensland. Next year I hope to do the Unlock the Past Mediterranean cruise so that I will experience going past Gibraltar and into the Mediterranean just as Herbert White did in 1883. I’ve been to Gibraltar and have crossed from Spain to Morocco but that’s not quite the same as sailing through.

But back to that 1883 voyage and what Trove can tell us about the voyage. As the Chyebassa stopped at numerous ports on the way down the Queensland coast including Cooktown, Townsville, Bowen, Mackay, Rockhampton, and finally Brisbane, there are numerous references to its arrival, cargo, passengers and other shipping information.

Some of this news is repeated in numerous newspapers with no additional information. But sometimes something extra is added which is why you really should look at all references. For example, the Capricornian (Rockhampton) on 10 March 1883 gave a listing of where the 351 immigrants left the ship – 8 in Cooktown, 42 in Townsville, 6 in Bowen, 14 in Mackay, 34 in Rockhampton and 247 in Brisbane. 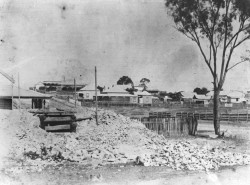 Why did Herbert William White leave the ship in Townsville? Three years (almost to the day) after his arrival on 8 March 1883, he married Dorcas Trevaskis in Charters Towers on 9 March 1886. Obviously it was the lure of gold at Charters Towers that attracted him and he was a miner on the Charters Towers field for the rest of his life. The railway was extended from Townsville to Charters Towers in 1885 so he possibly took the train, a much easier trip than horse, buggy or walking. I’ve driven the distance and it is not a road noted for amazing scenery, it’s rather flat and boring (my last trip out there was in September 2017).

The Bulimba arrived just before the Chyebassa and because it had an outbreak of scarlet fever on board, the immigrants for Townsville and Bowen went to Magnetic Island off Townsville where accommodation had to be set up. Fortunately, Herbert’s trip was good and there was no need to spend any time in quarantine post voyage.

But Trove is not just digitised newspapers. My eye was caught by this intriguing book title in the search results – The Torres Straits Route from Queensland to England by the British-India Steamship Navigation Company’s Royal Mail Steamer Chyebassa by E J Banfield who was a travelling correspondent for the Townsville Daily Bulletin.

The 49 page publication, published in 1885, has been digitised by the National Library of Australia and is freely available through Trove. What’s more you can even search within the digitised copy.  Banfield enjoyed the trip from Brisbane to London in 1884, the year after Herbert White arrived. What I really enjoyed about reading this book is Banfield’s detailed description of the food served on board the voyage. He gives both the Saloon and the second class menu’s. I don’t think Herbert as an immigrant would have been in Saloon so the second class menu is probably closest to what he experienced. 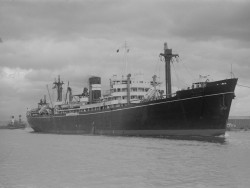 Before I leave Banfield’s book, I have to share this paragraph on his observations about the accommodation and the meals on board the Chyebassa. He wrote “None but a fidgety old maid or snarling selfish old bachelor could take exception to the accommodation set apart for second class passengers, taking the Chyebassa as an average boat, and none but individuals whose digestive organs were at odds with food of every kind would sneeze at the meals provided”.

So perhaps my earlier comparison of my great grandfather’s voyage was more like a cruise was not that far wrong. You can even download a copy of Banfield’s book in a variety of formats and I have saved a copy in my digital file on  Herbert William White for future reference.

Finally Trove also has digitised photographs. There are numerous images of the Chyebassa at various times held by different libraries and museums across Australia.

Herbert William White came out on a very nice passage with no dramas. Not all immigrant voyages were like that, some suffered disease outbreaks and were quarantined, some had bad weather, some were shipwrecked and of course, in earlier years before the opening of the Suez Canal, the voyages took much longer and were more dangerous. If you haven’t looked into what your ancestor’s voyage was like, why not do so? Trove will help you find different pieces of information and make your family history more interesting. Thanks Trove.