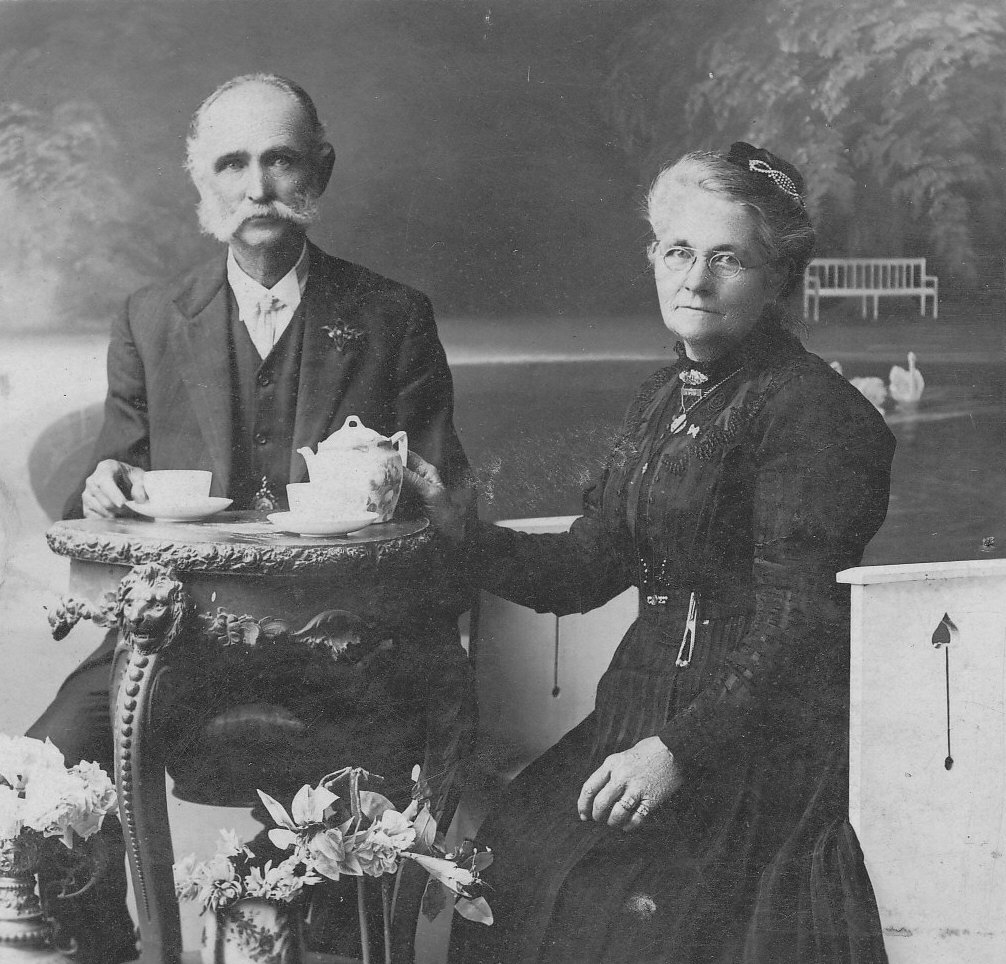 Thomas and Elizabeth Price arrived in Australia in 1878

My son was married yesterday so my thoughts have been all around weddings. So for my first Trove Tuesday post in a while I looked for weddings on my mother’s side of the family. Mum’s cousins were all much older than her and some of them even married before she was born. Mum was the last of 10 children and her father Henry Price was the 6th of 10 children so there were lots of cousins.

When I first started tracing the descendants of Thomas and Elizabeth Price back in the late 1970s, quite a few of Mum’s Price cousins were alive and we corresponded over the years. Therefore, I have lots of names and dates but few family stories. For this post I am just looking at Henry’s older brother Thomas Price. He married Agnes Pope and they had five children, two of whom were daughters.

Clara Price married R C (Dick) Watters in Bowen on 23 December 1925. Her father Thomas Price gave her away and her sister Ethnee was the bridesmaid. The report in the Townsville Daily Bulletin on 29 December 1925 gave a detailed description of the bride’s outfits on the day. Clara wore ‘an ivory mariette dress heavily beaded in crystal beads over a satin slip with a veil arranged in mob cap style and a shower bouquet of arum lilies and maiden hair fern’. The reception was held at Stablers Café and the honeymoon was spent at Yeppoon and Clermont. Clara’s travelling outfit was ‘a grey de fleur crepe de chine dress richly beaded in red with red hat en suite’.

There was more than one reference to the wedding and it is important to look at them all because the information may vary. For example, The Daily Mail (Brisbane) gave the bride’s full name as Clara Bessie Price and she was the eldest daughter of Mr and Mrs Thomas Price of Collinsville. The bridegroom was Roy Carroll Watters, youngest son of Mrs M Watters and the late Mr J Watters of Clermont. The additional information was full names, parents’ names and where they were living or if they were deceased. This all helps to complete the family structure. 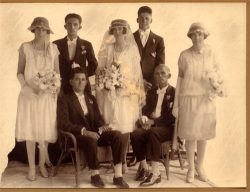 Bridal party for Harold Dunlop and Ethnee Price, 1927 in Collinsville

A search for a report on Ethnee’s wedding to Harold Dunlop was unsuccessful. However, I did discover that her eldest child, Harold Andrew Dunlop won first prize in a baby competition for babies under the age of nine months. The prize was a solid silver mug which was to be suitably engraved. I wonder if the silver mug is still in the family and do they know the story behind it.

One of the benefits of tracking down and sharing family information with other descendants is that they also share family photos. Although there is no digitised account of Ethnee and Harold’s wedding, I have a copy of a lovely wedding photo sent to me by a cousin a while ago.

Now in the age of DNA I’m finding that I am also matching up with many of these cousins through DNA tests which just confirms that all our research is correct!

When Clara and Ethnee’s brother Thomas Leslie Price married Clara Marcella Sinclair there was a report in the Bowen Independent on 30 October 1935. Clara was the second daughter of the late Mr and Mrs J J M Sinclair of Rockhampton. She wore a ‘white crepe venice moulded to the figure and featuring the new cape effect, worn with a sash which fell in folds to the hem of the skirt. The veil of Brussels lace was worn halo fashion and she carried a bouquet of pink and white roses with a cascade of frangipani blossoms’. The wedding breakfast was held at Mrs Lamond’s residence and the three-tier wedding cake was the main feature of the table. The honeymoon was at the Ozone Hotel.

Details of where people honeymooned, where the reception was and what people wore are often lost in the mists of time, especially if photos are lost or not passed on with details of who, when and where. Who remembers the names of the bridesmaids or who the best man was? This is where Trove can help us to learn more about significant events in our families lives and the fashions and traditions of the day. Thanks Trove.