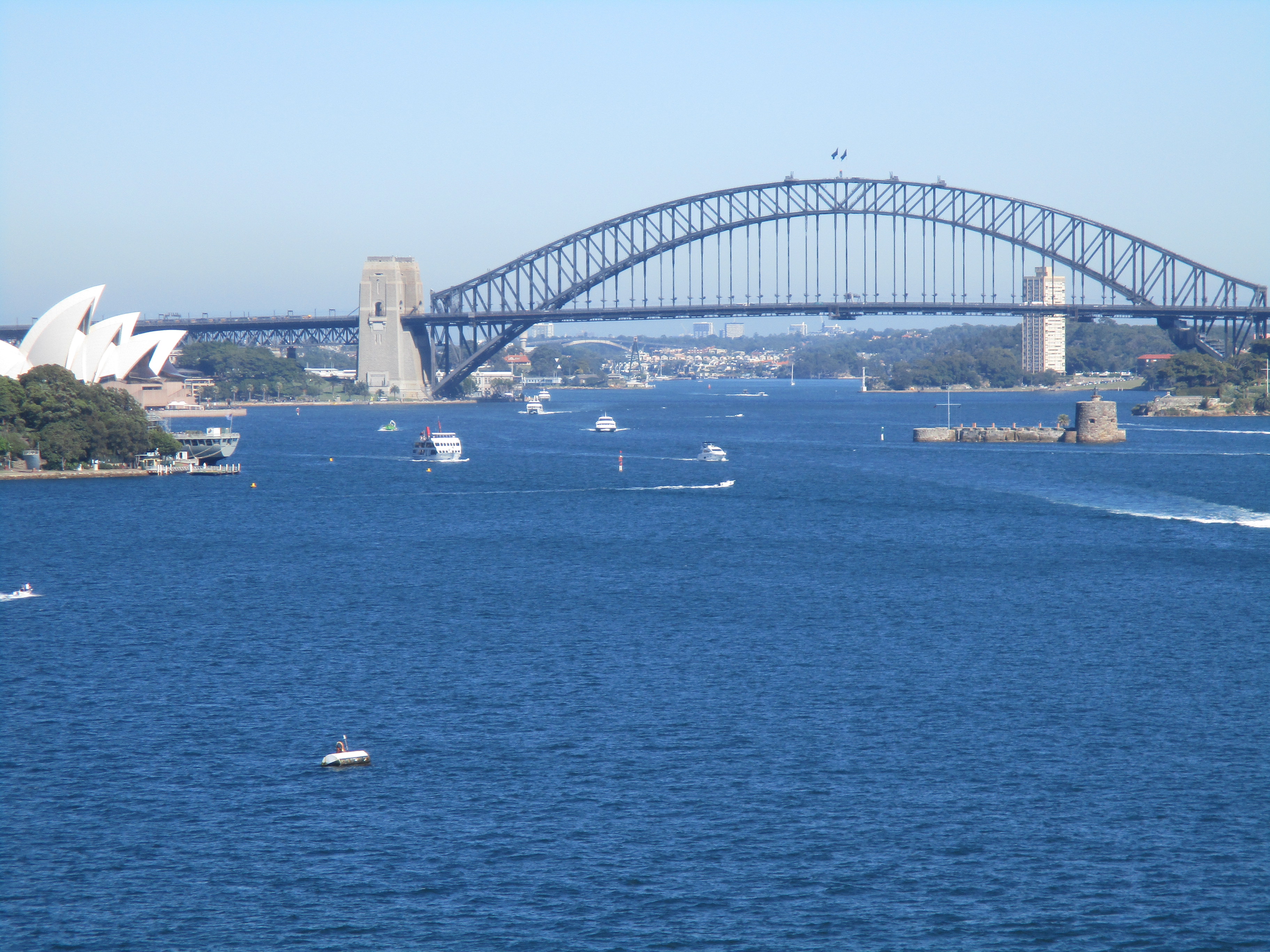 This is a continuing series of blog posts on the 10th Unlock the Past cruise to New Zealand and southern Australia through to Fremantle in Western Australia. If you missed Days 1-6, catch up here.

Day 7 was at Port Chalmers, just a short bus ride away from Dunedin on the South Island of New Zealand. We have stayed there quite a few times so we elected to stay on board for the ship’s entertainment. It is surprising how many people don’t go ashore as there is always someone around the pools and spas, in the various dining areas and bars, library, gym and card game room.

It was a relaxing day and the after dinner speaker was Judy Russell with her talk Femme sole, Femme Covert: women under the common law. This was an interesting talk looking at single and married women and their rights at various times and in different countries. 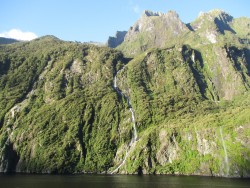 Day 8 was touring in and out of New Zealand’s west coast sounds and we saw Dusky, Doubtful and Milford Sounds. The last time we were here I remember a lot more snow and it being really cold. Still really beautiful as you would expect from a world heritage area and it is amazing that these big cruise ships can enter and turn around in each of the sounds.

The after dinner speaker was Jan Gow with Gadget Janet: 12 devices or programs that will turn your computer into a friend and not a foe. It is always interesting to see what other people use in doing their family history and Jan’s list included some standards such as Dropbox, Skype, Legacy Family Tree, RootsMagic and Jan’s favourite tool Treepad.

Jan seems to use a lot of free (or cheap) software and new to me were Parish Locator, Belarc, Karen’s Replicator (sadly the designer has since passed away but still available to download), Faststone, Irfanview, Clipmate, ReadPlease and WordWeb.  I will have to have a closer look when I have more time once I am back home. I couldn’t help thinking that something like Evernote (which also has a free version) can also do some of these things, so it is a personal choice to see which works best for you.

Day 9 was a day at sea so a full program of talks all day. Jan Gow was first up with Internet Searching from Go to Whoa or is that Woe and it was a fast paced talk on how to make the best use of the internet  and saving and recording what you find. Preparation is the key and you should have a research plan to know exactly what you want to look for, so easy to get sidetracked.

Next was Rosemary Kopittke with a talk on Australian government, police and education gazettes and these are a fantastic resource for finding all kinds of information on people. Now that many gazettes have been digitised it is easier than ever to search and some may even be found on Ancestry and Findmypast.

Paul Blake was next with Part 2 of his Finding Your Irish Ancestors and started with the Irish penal laws and Catholic Relief Acts and the Catholic Emancipation Act of 1829. He went through the major websites to look at as well as Ancestry and Findmypast. I was particularly interested to learn that Findmypast is adding 10 million Irish Catholic records from parish registers in March 2016. Maybe I will at last find my Irish Catholic ancestors.  Paul ended his talk with a fascinating look at John Lennon’s Irish ancestry.

Eric Kopittke was next with Scots in Prussia and I missed this talk to do a quick review of my own talk which was on next. I spoke about It’s Not All Online: Where Else Can I Look? which looks at using online library and archives catalogues to find out more about what is not online. Research guides and fact sheets online can give us lots of ideas of where and how to look for more specific records.

Marg Doherty was next with Australian Women in the First World War which was an interesting look at nurses who went to war starting with the Crimea, then the Boer War and WW1. The Australian War Memorial has nurses embarkation rolls online and as we often tend to think of this purely for male military people, it was a good reminder to also look for female enlistments. Marg also looked at Australian women on the home front and in particular the development of the Red Cross with branches across the country.

Judy Russell was next with Of Public Wrongs: Our Common Scoundrels which looked at lawbreakers and I particularly liked some of her terminology. Black sheep could include lawbreakers, philanderers and deadbeats and these types of ancestors are not boring because they left records and we usually know more about them than the good, but boring ancestors.

The last session before dinner was Louis Kessler on Using Life Events and Ages to Solve Genealogy Problems. Louis has a different approach to research, quite different from anything I have heard from others, and not all agree with his approach I gather. But I do like his use of Timelines as I also like to track ancestors at various times in their life. Ideally I would like something for every year but then that is not always necessary. Louis has developed his own genealogy software and at the end of his presentation he announced that he was giving all attendees a lifetime license to his Behold Genealogy software (there is a free trial version). I am looking forward to having a closer look once I am back home.

The after dinner session was a panel on Future Proofing Your Genealogy which was chaired by Helen Smith. Panellists included Jan Gow, Judy Russell, Shauna Hicks, Paul Blake and Louis Kessler. Helen had a set of questions that she posed to all panellists but due to lengthy answers and some debate  between panellists we never got to cover all the questions. Attendees also had their own questions and comments and the session could have gone on for hours.

Day 10 was another day at sea and another day of thought provoking sessions. My turn for a 9am start with Mining Ancestors and this was followed by Helen Smith on Using Timelines for Genealogical Research. I am a big fan of using timelines as you can quickly spot an inconsistency once you lay the details out on a timeline. It is also good to see what was happening in the world, country or local area at the same time.

Paul Blake then gave Part 1 of his Protestant Nonconformity in England and Wales and Rosemary Kopittke followed with an introduction to cruise sponsors Ancestry, Findmypast, Inside History and My Heritage. These sponsors also get mentioned quite a bit in various talks as they have become part of our genealogy research process in many instances.

After lunch Louis Kessler was talking about Organising Your Genealogy Computer Files – the Better Way to Do It. It is so important to know what you have and where you have put it. There is no one right way, it is what works for you but every time I see examples of how other people do it, I think I could be use some of those ideas. But I have been doing family history research for nearly 40 years and my system has grown out of paper files and onto the computer with material in both systems. I can see why some doing total genealogy makeovers!

Diane Foster then spoke about Preservation or Perish and Paul Blake did Part 2 of his Protestant Nonconformity in England and Wales.  I had a bit of down time to simply enjoy being on the ship and catch up on some reading.

The next talk I attended was Judy Russell’s The ABCs of DNA which I was familiar with but the matching statistics she used helped me to understand more about how likely a DNA match was with distant cousins. For example, with AtDNA which looks at genetic origins you can match fairly closely with 2nd and 3rd cousins but by 4th cousins it drops to 50% then just 10% for 5th cousins and only 2% for 6th cousins.

After dinner was Rosemary Kopittke with Beyond Just Indexes which I missed as we went to one of the ship’s specialty restaurants and were not finished by 8pm. Still I think that lobster pasta was worth it and I can catch Rosemary’s talk another time I hope. 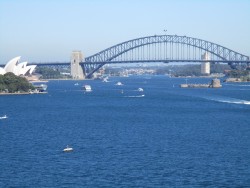 Day 11 was in Sydney so we caught the tender into The Rocks and had a walk around the streets before heading back to the ship. Strange to have to tender in Sydney Harbour but there was another cruise ship in picking up new passengers and our ship could not fit under the Sydney Harbour Bridge to the other cruise terminal. 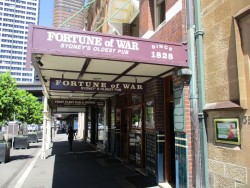 The after dinner speaker was me on Missing an Ancestor: Try Looking Behind Bars. Attendance was a few less as some were having dinner ashore with Judy Russell and members of the Society of Australian Genealogists. Judy, Paul and Louis are doing talks in various ports as part of the Unlock the Past shore program. You need stamina to be part of these genealogy cruises.

Day 12 was another full day at sea and Paul Blake started with Records of the British in India which was personally useful as Max has one of his Tasmanian convicts dying in India. Those convicts moved around more than you think. Also while Paul was talking I started to wonder if Max’s grandfather served in the Indian Army (some British did serve) as we have been unable to find records for him in the British Army so something to follow up.

Next was Jan Gow looking at researching in New Zealand and Louis Kessler was supposed to follow but he was sick so we had some free time. Helen Smith then did a two part Documents Analysis workshop which everyone found useful. Judy Russell was next with DNA and the Golden Rule: the law and ethics of genetic genealogy which was another great talk. I was next with Online Trend for Family History and I was also the after dinner speaker with Asylum Records as Louis was still not feeling well. A big day for me.

Just  a reminder that my presentations are available on the Resources page of my website, scroll down to Presentations.

The cruise was 18 nights so I have divided this report into three six day reports with an overview report to follow. The first 12 days have gone quickly and I imagine the final six days will go quick too. Days 13 to 19 to follow. Stay tuned.