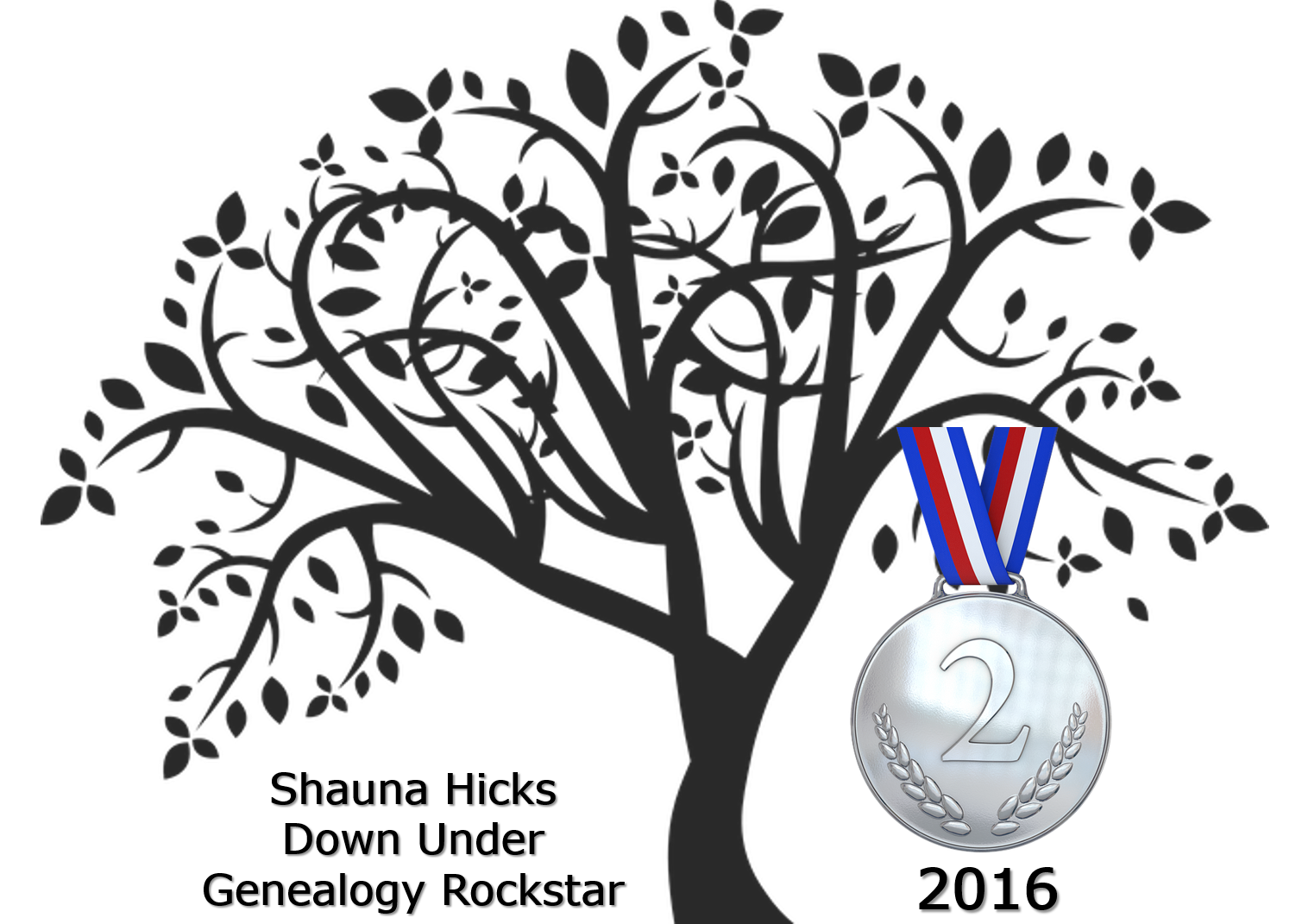 Genealogy and technology just keeps on getting better and better. When I first started researching the family history in 1977 who would have imagined that we could do so much simply sitting at home. In March 2017 I will be celebrating 40 years of passionate and continuous family history research. What started as a hobby became a lifelong career and past time that has given me many good friends around the world. I can’t see that interest and passion ending anytime soon. I always like to look back on a year and see the progress and also think about the year ahead and what I am looking forward too.

In 2016 there were some exciting family discoveries that I would never have found in the old pre computer/internet days. Discovering a photo of my great uncle John Finn in Trove was fantastic, note that it was published as I. Finn. A long term brick wall came down on a collateral line with a fresh way of looking at someone’s disappearance, suggested by a friend who even took the time to do some searches and prove her theory. So much for the loving letters sent home that made everyone think he must have died! This is a family story still to be written up in the coming year. 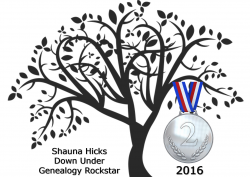 Receiving the silver medallion for Downunder Genealogy Rockstar in 2016 was a definite highlight. The awards are run by John D Reid from Canada’s Anglo Celtic Connections and everyone nominated in the various country categories are Rockstars in the genealogy world. Check out the various lists and read some fantastic blog posts. Thanks to all those who nominated and voted.

2016 saw me do yet another DNA test, not that I expected different results but to confirm in my own mind that just because someone’s name is on a birth certificate, that does not actually make them the biological father. I uploaded raw DNA data to Gedmatch and there are quite a few people who are connected to me but we have yet to work out what the family connection is. Having an unknown biological grandparent makes it a bit tricky and I still wonder who was the father of my illegitimate great grandfather James Carnegie. 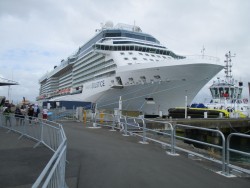 2016 saw second editions of Trove: Discover Genealogy Treasure in the National Library of Australia and Family History on the Cheap, my two biggest selling publications. Hard to believe that I have now written 11 of these genealogy research guides since 2010. There were some interesting research enquiries for clients and I finished writing the Health Records module for the Australian genealogy certificate with the National Institute for Genealogical Studies. Ongoing monthly articles and blogs for The In-Depth Genealogist also kept me busy and my own blogging was a little more haphazard. I suspect that I need a dedicated blogging challenge to keep fingers to the keyboard.

Can 2017 be even better? Most definitely because there are at least two conferences in the calendar. Footsteps in Time in Southport, Queensland will be a must attend as it is more or less local and I’m giving a presentation. The NSW & ACT Association conference is in Orange, New South Wales this year and is a little more problematic to get to but it looks like a wonderful program. There is an Unlock the Past history and genealogy cruise to Papua New Guinea, and it is a place I’ve wanted to go to for a while as my maternal grandfather went there at the start of World War One. 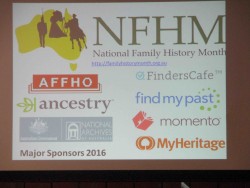 ther presentations in my 2017 calendar and no doubt a few more will be added as 2017 arrives and societies start planning for National Family History Month in August 2017. I am the voluntary national coordinator again so that guarantees me a few busy months promoting this national event across Australia. For details of events where I will definitely be at, see the Events page of my website. Remember to visit occasionally as events are added from time to time.

If I’m not too busy travelling around, there will be two new genealogy research guides that I have been working on. Both are topics close to my heart and hopefully they will help others with their research. An Education Records module for the Australian certificate with the National Institute for Genealogical Studies will also be completed in the first half of the year.

With my own genealogy research the focus is on trying to make the most of my DNA connections and see what new results it brings to my family history. I doubt that I can really push my family lines back any further after 40 years of trying, so now it is more about trying to learn about the individuals themselves and their stories. I find all the digitised newspapers, Trove in Australia and the British newspapers through the National Library of Australia’s eResources absolutely fantastic.

So 2017 has some wonderful genealogy opportunities coming up. I know it is tempting to sit at home and do it all online but there are lots of advantages to attending talks, seminars or conferences. Meeting people and discussing your research in person can also lead to wonderful discoveries and you can make some lifelong friends who are there to help too with genealogy issues. I hope to see many of you in my genealogy travels in 2017. Happy researching and may those brick walls tumble down.